Notice: Welcome to our university.

R&D Cell at GATES Institute of Technology encourages and co-ordinates research activities to cater the challenges in the society. It coordinates the funding and consultancy projects. Through such projects, Institute is strengthening the R&D capabilities of the faculty and students and participates in Industries problem solving. In making our vision and mission a reality, Institution has taken the initiative to promote innovations of faculty and students and collaborate with Industries for mutual benefit. Committed to excellence in fundamental research as well as the development of innovative technologies for the future, Institution offers a quality research training experience for its students. The Institute maintains its relevance to world-class research by linking with industry and academia through local and international research networks. 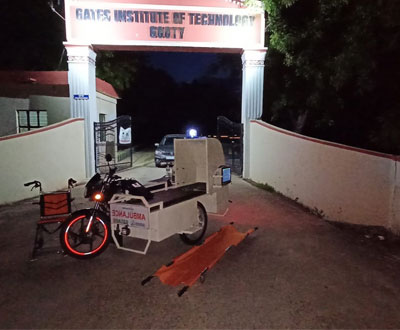 We are encouraging students to do real time projects starting from first year itself. During Covid pandemic situation to help the people in emergency conditions our second year students of mechanical Engineering has developed a Bike Ambulance. It was developed in our college campus under the guidance of 3D Experience Lab of Dassault Systems, Pune. 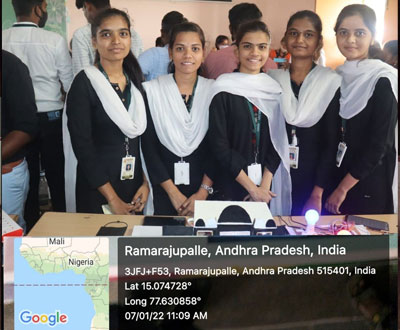 Most of the industrial areas or government organizations have many lamps.Employees may sometimes forget to turn off the appliances thus wasting energy. The system developed by IV year ECE students enables us to control any type of appliances such as fans,lights, motors, etc. from wherever we are. We can achieve this by having the Blynk app installed on our smartphones and by programming nodemcu with hotspot credentials. Hence it is good energy and time-saving system.

Internet of Things aims towards making life simpler by automating every small task around us. As much as IoT helps in automating tasks, the benefits of IoT can also be extended for enhancing the existing safety standards. Safety, the elementary concern of any project, has not been left untouched by IoT. Gas Leakages in open or closed areas can prove to be dangerous and lethal. The traditional Gas Leakage Detector Systems though have great precision, fail to acknowledge a few factors in the field of alerting the people about the leakage. Therefore, we have used the IoT technology to make a Gas Leakage Detector for the society which has Smart Alerting techniques involving sending text messages to the concerned authority and an ability to perform data analytics on sensor readings. A gas leakage system is developed for a society where each flat has gas leakage detector hardware. This will detect the harmful gases in the environment and alerting to the society member through the alarm and sending notifications.

The automatic gate opening/closing system is provided with the Reflection sensors placed at a distance of a few kilometers on both sides from the crossing road. These sensors give the train reaching and leaving status to the controller at the gate to which they are connected. The controller (AUDRINO) operates (open/close) the gate as per the received signal from the Reflection sensors.

Most of us have pets at home, some have the patience to feed them regularly but some don’t. So, taking care of them during our busy schedule is one of the main problems in maintaining pets. We even have to worry about them when we leave our homes for some days. I have come up with an idea called “automatic pet feeder”. It is a device that feeds food at regular intervals; all the timings are preprogrammed in the program of the microcontroller. It has two knobs and one dc motor. The first knob controls the timing intervals in which the food has to be fed and another knob controls the timing of opening and closing of the food outlet. A dc motor is used to open and close the food outlet. A buzzer is used to indicate that food is being fed. There are chances for food getting stuck in its journey; to avoid this vibrating dc motor is used. The working is explained as follows. At first, we have to load food into the feeder column, select the timing required in both the knobs and reset the microcontroller. As soon as the microcontroller resets, the food is released based on the timing of the two knobs. I got this idea of this project is when I had gone on a holiday for a week, when I returned home, I saw most of my fish die so I thought this might be a worthy product in the market. 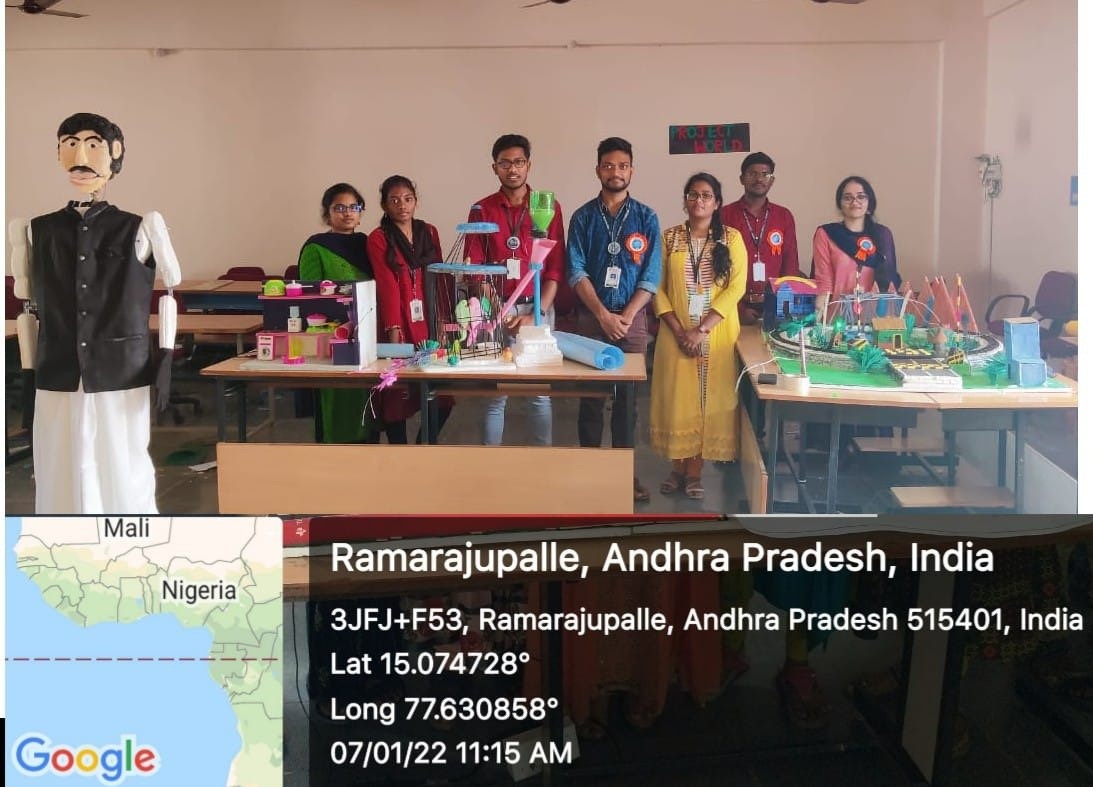 Students Convert Their Ideas Into Models 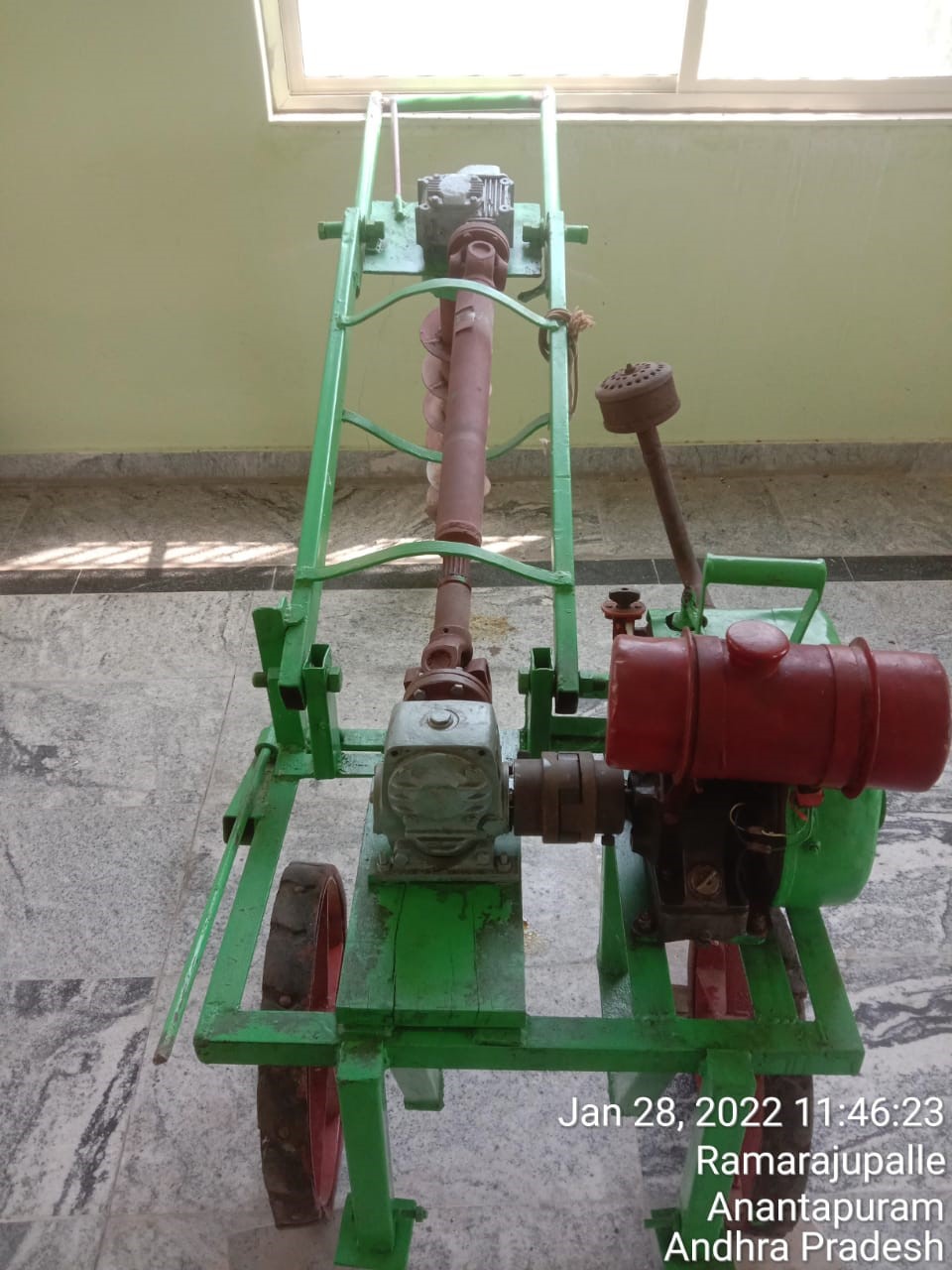 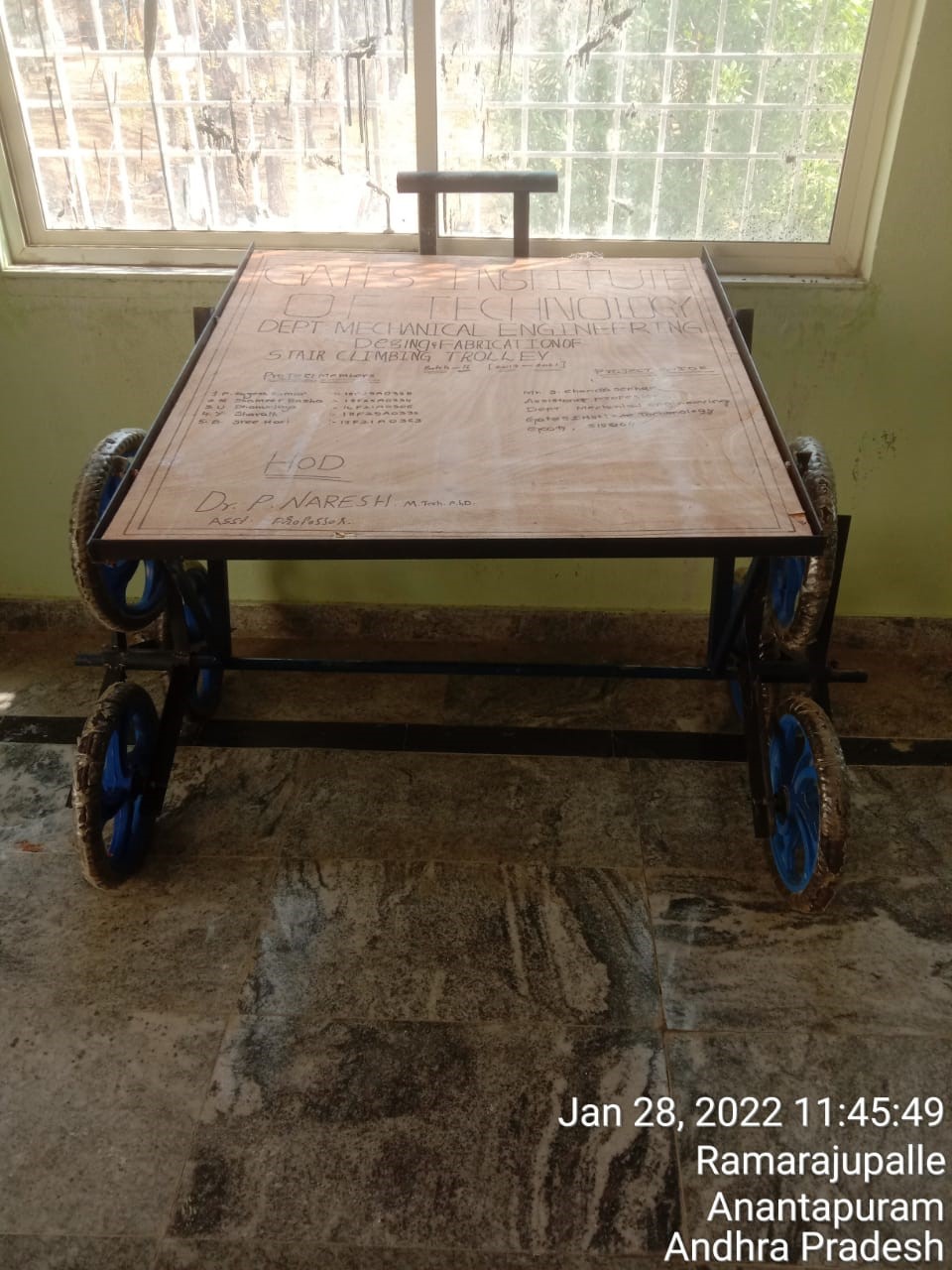 This model aims at developing a mechanism for easy transportation of heavy loads over stairs. The requirement for such a trolley emerges from everyday prerequisites in our general public. Hand trolleys are used to lessen the stress of lifting while moving it on flat ground; however, these hand trolleys usually fail when it comes to shifting the load over stairs. This project endeavors to design a stair climbing trolley which helps anyone to carry heavy objects up the stairs with fewer struggles compared to carrying them physically. Several designs were formulated that would allow a non-industrial hand trolley to travel over stairs which reduce the struggle on the user. In this project, the trolley is equipped with Tri-Star wheels which entitle us to convey load up and down the stairs. Despite rapid changes in the way the things are being manufactured, we are still used to the age of techniques of manufacturing. The reasons are multifold ranging from inertia, rejection of the new technologies, lack of engineering aptitude, lack of skill & technical know-how and most importantly fear of losing employment opportunities. In the light of this, the project attempts to design a stair climbing hand cart which can carry heavy objects up the stairs with less effort compared to carrying them manually. 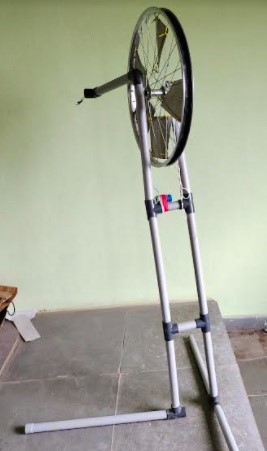 Wind powered generator is a device that uses human energy to produce electricity for charging a battery. Here an alternator is used as the electricity generator. The alternator is coupled to a pulley which is rotated by a belt and chain- sprocket system of a bicycle structure. The input power is given to the paddle and final rotational speed is achieved in the alternator rotor. The real innovation behind this power generator is portability. University groups often organize events around and off campus. Therefore, mobility of equipment is of great importance. This innovation brings together the resourcefulness of Wind power generation with the transportation feasibility of a bicycle frame. The integrated unit will generate needed electricity on-site, and transport it to the site with wind power. During transportation, the unit can also capture energy used in braking and coasting and due to the low initial cost and very low maintenance cost, wide scale application of ‘Wind Powered Generator’ can be a suitable source of renewable energy.